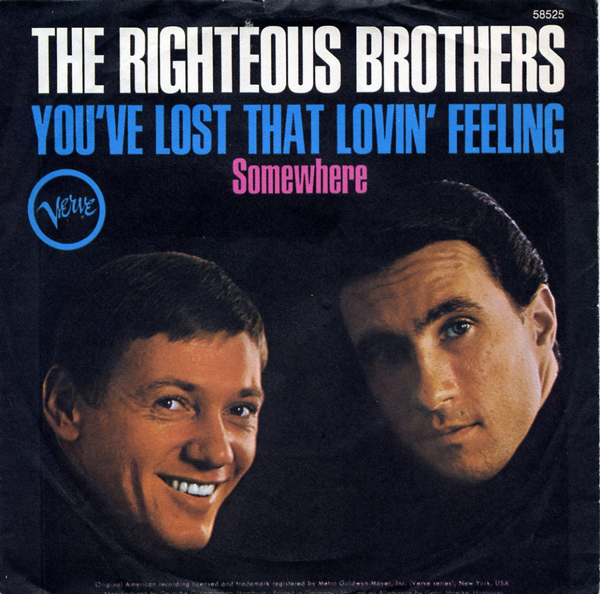 It was 50 years ago that Barry Mann, Cynthia Weil and Phil Spector pitched a song to Bill Medley and Bobby Hatfield, who had had some minor success as the first “blue-eyed soul” duo, the Righteous Brothers. The song was a piece about a faltering relationship called “You’ve Lost That Lovin’ Feelin’,” and the duo recorded it even though they were dubious about its chances on the charts. But “You’ve Lost That Lovin’ Feelin’” not only became one of the biggest pop hits of the 1960s, but BMI eventually ranked it as having had more radio and television play in the United States than any song of the 20th century.